Sometimes animals surprise us. We are familiar with dogs catching frisbee, parrots talking and the cat that ninja-grabs at twine, but fish performing party tricks. Mmmmm what’s going on here?

A quirky behaviour exhibited by a freshwater fish has recently been reported in the Journal Pacific Conservation Biology by a TropWATER researcher and colleagues. A population of coal grunters (Hephaestus carbo) has been found to turn objects over when hunting for hidden bugs and small shrimps. A researcher from TropWATER first noticed the behaviour when taking underwater photos of coal grunters on his weekend. Even TropWATER staff deserve a break from time to time.

Further investigation revealed the fish behaviour to be relatively common at the particular stream where ‘coal grunters were frequently using their snout and nape (top of the head) to flip wood, pieces of bark and large seed pods in search of tiny prey that cling to such objects’ commented the ever shy Dr Ebner. A neat little video clip is available on the TropWATER YouTube channel (https://youtu.be/d3apiugJriU).

The research team also found it interesting that other species of grunter were present in the stream but did not exhibit the ‘object flipping’ behaviour. The short (2 page) and simple observation based report is authored by Brendan Ebner, James Donaldson and Danswell Starrs, and is available in online-first from the Journal website. 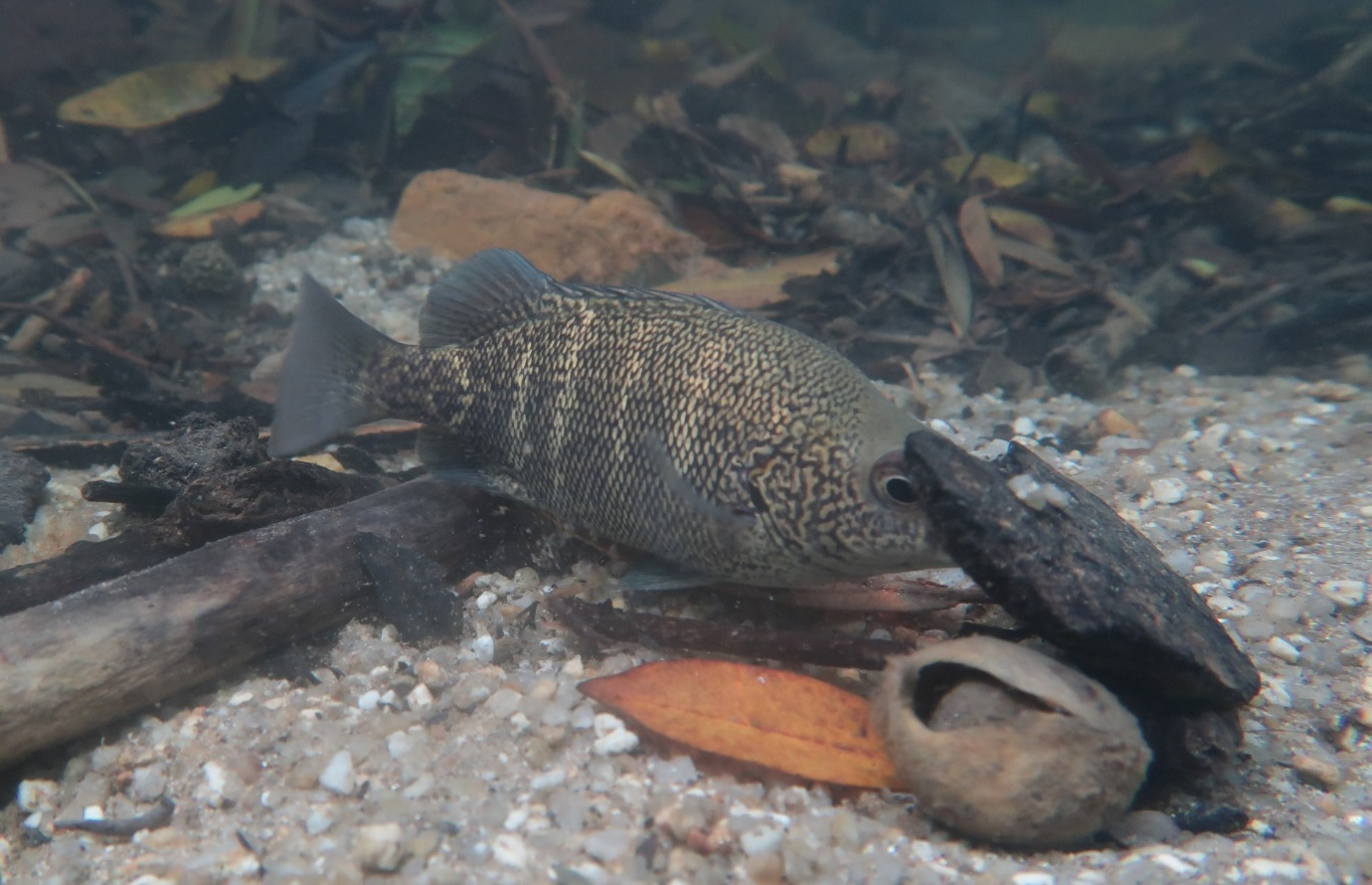