Increase in the groundwater salinity due to excessive and unplanned use of groundwater in coastal aquifers is a widespread problem in various parts of the world including Australia. For example, in the Lower Burdekin area in Norther Queensland, unplanned withdrawal of groundwater for sugarcane farming can render the groundwater source unusable for beneficial purpose, thus catastrophically impacting local economy. Similarly, the availability and sustainability of coastal groundwater sources is a major social and economic issue determining the future survival of island communities dependent on coastal aquifers as a source of fresh water.

Groundwater is the only reliable source of freshwater in several small Pacific island countries. These small islands are generally surrounded by oceans and are under continuous stresses from human and climatic factors. One of the major causes of groundwater contaminant in these small island countries is the sea water intrusion caused by excessive water extraction from the groundwater aquifers, therefore increasing the salinity in the fresh water source. Unregulated groundwater withdrawal from aquifers has caused groundwater salinisation as a result of saltwater intrusion. It is estimated that groundwater utilisation in small islands will continue to rise due to an upsurge in population, agricultural activities and industrialisation, potentially leading to shortage in freshwater supply. Hence, assessing the risk of unregulated groundwater pumping, monitoring the extent of saltwater intrusion, and evolving longterm sustainable regional scale management strategies are essential to ensure long term sustainability of their fragile groundwater reserves and the national economy.

A team of researchers at James Cook University, comprising of Bithin Datta and his Ph.D. students have developed state of the art tools making it feasible to apply these computational tools to develop regional scale efficient and sustainable groundwater use strategies and for providing monitoring feedback information on the effective implementation these management strategies. Preliminary applications have been tested for a part of the Lower Burdekin coastal aquifer in tropical Queensland. Recently these developed tools were applied to the coastal aquifer in the island nation of Kiribati. A similar study for a costal aquifer area in Bangladesh is also being planned by this research team.

Kiribati, is a small pacific island country which is situated in the central Pacific Ocean (Fig. 1). Kiribati comprises of low lying coral atolls (~32 coral atolls and 1 raised coral island) in which freshwater from available freshwater lenses are vital for the survival of its people. Kiribati has a tropical climate and a land area of ~811 km2. Tarawa is the capital of the Republic of Kiribati and is divided into South Tarawa (urban area with high population count) and North Tarawa (rural area). Nearly 40 percent of the national population lives in South Tarawa. In Tarawa, limited availability of freshwater is a serious constraint to development, and a threat to economic health of the local communities. The Bonriki aquifer (shown in Figure 1) is the main source of reticulated water for the urban population of South Tarawa. Hence, to ensure sustainability of the Bonriki aquifer, there is an urgent need for developing and implementing sustainable groundwater withdraws patterns as part of optimal management plans and policies. The management objective is to ensure that the salinity level increases in the aquifer cam be controlled within permissible limits, while maximising the withdrawal of fresh water for beneficial use.

This study developed a saltwater intrusion process simulation and prediction model in order to use it for developing sustainable groundwater management strategies. A complex three dimensional finite element based dynamic saltwater intrusion simulation and prediction model was developed. The cross section of the aquifer modelled, and the finite element discretization scheme used in the numerical model is shown in Figure 2.

The Calibration and validation of the prediction model was based on available field measurement data, and it forms an important component of this study. A prediction model without adequate validation of accuracy is useless and can be counter productive. The validated models are utilized to predict future salinity levels of the Bonriki aquifer considering planned groundwater withdrawals as prescribed by a developed management strategy. Also, the use of barrier wells along the sea face boundary can be an effective way of controlling saltwater intrusion and is part of the optimal strategy being developed. Planing, designing and implementation of multi-objective saltwater intrusion management strategies for the Bonriki aquifer is currently underway. The solution of this model will prescribe an optimal management strategy as per multiple objectives, specifying the future pumping and freshwater recharge patterns to be implemented for the region.

One key element of this project was to calibrate and validate the status (salinity level in 2017) of the Bonriki aquifer for current use patterns. The validated numerical model was used for a period of 4 years (1095 days – from 2014-2017) to estimate the current level of salinity in the aquifer. The simulation results as presented in Figure 3 shows that salt concentration in the aquifer has increased from 2013 and will continue to rise due to continuous groundwater withdrawals, unless a planned strategy for groundwater use is prescribed and implemented.

It is anticipated that the developed methodologies will provide baseline information needed for the sustainable management of the fragile groundwater resources in Kiribati. Also, the information/results from this study can be used for designing, planning and implementing conceivable water resource conservation and management strategies of the Bonriki aquifer and other similar island aquifer systems. It is expected that the projected outcome of this study will be beneficial to a wider audience including water engineers, policy makers and the local island communities. The developed methodologies can be shared with or extended to other small island stakeholders and implemented, provided some field data is available for calibration and validation of the prediction models. 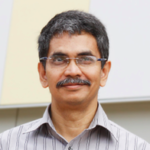