Coastal Queensland is home to Australia’s highest freshwater turtle diversity with seven genera comprising a total of 16 species (and 2 possible functional hybrids). This coastal strip of northeastern Australia also supports the greatest known concentration of locally endemic, monotypic freshwater turtles in the country (Elusor macrurus and Rheodytes leukops), while diversity is greatest in the Genus Elseya. Each of these endemic turtles occupies a relatively limited natural geographical range (Elseya Albagula, Rheodytes leukops, Elusor macrurus in Fitzroy, Burnett and Mary River Catchments, Elseya irwini in Burdekin River Catchment, Elseya sp. Johnstone River in Johnstone River Catchment, and Elseya lavarakorum in Gregory River Catchment). This is likely to be a consequence of the climatically driven contraction of turtle populations and the isolation of suitable habitat 12 000-18 000 years ago during the Pleistocene (Todd et al. 2013).

This information is critical for the management and conservation of these species. The restricted distribution, unique physiological specialisation and low fecundity coupled with slow maturation present in the genus Elseya and other bimodally respiring freshwater turtles make them excellent candidates in which to assess and monitor overall ecosystem health and identify areas that contain high freshwater biodiversity and endemism relative to neighbouring regions.

Due to their restricted distributions and specialised physiologies (i.e., bimodal respiration) these turtles are vulnerable to water quality degradation and loss of habitat (see other turtle story). Consequently, the majority of species within the genus Elseya are thought to be of conservation concern, and Elseya albagula has recently been listed as ‘Critically Endangered’ (EPBC 2014). Despite this, most Elseya species in Queensland, and in fact the majority of freshwater turtle species in this state, are not conservation-listed, as many (i.e., Elseya irwini, and Elseya sp. Johnstone River) have only recently been discovered, are inadequately described, and are too poorly known to be assessed (Schaffer et al. 2009; WTMA 2013).

In many Queensland freshwater turtle populations, nest and hatchling mortality is so high that almost the entire population consists of ageing adults with few hatchlings or juveniles present at any given time. High nest mortality is attributed to predation/destruction by native (goannas) and introduced animals (pigs, cattle), while ontogenetic differences in the use and efficiency of aquatic respiration suggest that declines in water quality are likely to have a greater impact on the life history of hatchling/juvenile versus adult turtles. Thus, the quantification of population demographics will assist in the identification of major threatening processes both within the rivers and surrounding areas. 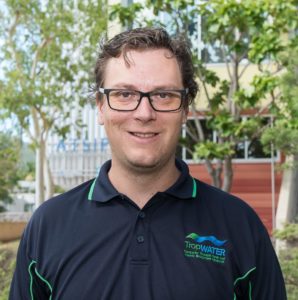