Using environmental DNA as a surveillance tool for invasive species 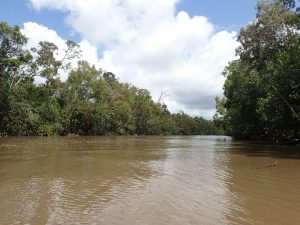 Invasive species are a major problem in Australian waterways, especially in the tropics where warmer water favours the many tropical species found in the aquarium trade (the main source of fish introductions). The Ross River, which runs through the city of Townsville in North Queensland, has more invasive species than any other river in Australia. At the last count, 20 species of exotic fish had established in this river. 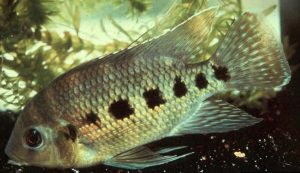 Spotted Tilapia (Tilapia mariae) and Mozambique Tilapia (Oreochromis mossambicus) members of the Cichlidae family, were introduced to Australia as aquarium fish. They have been slowly spreading across Queensland, and are now present in 21 of the 76 catchments, and are considered the most problematic invasive fish across the state. Their success lies in their highly efficient breeding strategies and flexible habitat and dietary preferences. They tolerate a wide range of temperatures, high salinities and low levels of oxygen and are also very aggressive, easily out-competing and displacing native Australian fish. It is therefore vital to prevent their further spread into new catchments. This goal relies upon a combination of public education (not to spread the fish) and early detection of any newly created populations to guide management responses, including eradication attempts where feasible. 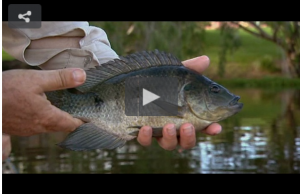 The eDNA assays developed at TropWATER have a high reliability of detection and have been used to elucidate the distribution of tilapia in the Mitchell, Townsville, Fitzroy, Pioneer, Wild and Walsh catchments in Queensland, a recent incursion into northern New South Wales as well as in northern islands of the Torres Straits group.

The TropWATER eDNA team has also developed primers for another two potentially problematic invasive pest species, the climbing perch (Anabas testudineus) and snakeheads (Chana striata). We are using these primers to detect early incursions into northern inlands of the Torres Straits group.