Using genetic clues in the race to find ‘missing’ frogs

Genetic clues in the water could lead scientists to the last surviving populations of frogs on the brink of extinction – and it could be our last hope to find them.

For decades, scientists have slowly scoured remote mountain ranges in search of rare frog species that have vanished from the wilderness, often to no avail.

But in new research, scientists from James Cook University’s Centre for Tropical Water and Aquatic Ecosystem Research (TropWATER) have found it’s possible to find traces of a frog’s environmental DNA (eDNA) in catchments more than 20 kilometres downstream from their habitats.

TropWATER geneticist and co-lead author Dr Cecilia Villacorta-Rath said the eDNA tool could revolutionise the search for some of Australia’s critically endangered frogs.

“When frogs visit water streams they shed bits of their genetic material, such as skin, urine, saliva, faeces and blood into the water,” she said.

“This eDNA travels kilometres downstream to feed into a bigger catchment – and this is where we could detect even small populations.

“It’s a remarkable result. We could find where these missing frogs are hiding without even sighting them.”

Australia’s frogs have been disappearing over the last four decades, with 26 species at the greatest risk of extinction. Invasive species, habitat loss and chytrid fungus disease are thought to have caused this dramatic decline.

“Using traditional visual surveys to find these elusive frogs can feel like trying to find a needle in a haystack,” he said.

“I’ve spent many, many nights in the darkness at the top of some really remote mountains looking for these missing frogs – we’ve made some important finds but also failed to find some species.

“This eDNA tool is an invaluable addition to narrowing down the search area by screening entire catchments.”

The science team used the new eDNA tool on a known armoured mist frog population living in the mountains outside of Cairns. The team collected and preserved whole water samples to detect the small population, of about 1000 individuals, about 22 kilometres from their known habitat.

Researchers caution that while finding threatened populations is an important first step in protecting frogs, issues such as invasive species, habitat impacts and climate change need to be managed to ensure conservation success. 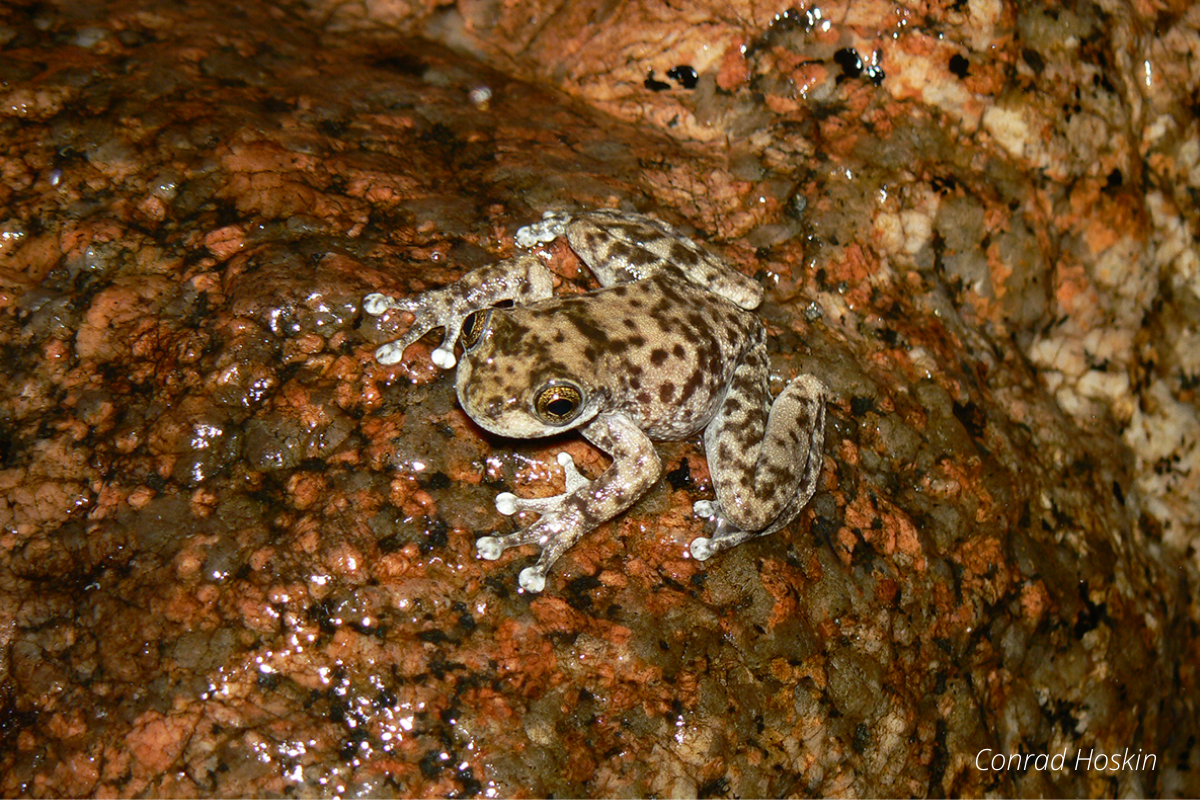