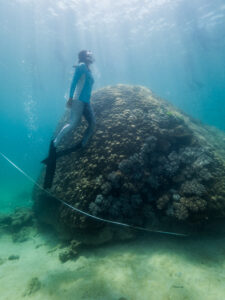 The coral was discovered off the coast of Goolboodi (also known as Orpheus Island), part of the Palm Island Group in Queensland. It has been named Muga dhambi (Big coral) by the Manbarra people, the traditional custodians of the Palm Islands.

“Muga dhambi may have survived up to 80 major cyclones, numerous coral bleaching events and centuries of exposure to invasive species, low tides and human activity. Despite this, it’s in very good health with 70% consisting of live coral,” said Dr Smith.

The coral is described in the journal Scientific Reports this week. Dr Smith said the team of scientists and authors who contributed to the paper ranged from 17 year old Kailash Cook to 76 year old Dr Charlie Veron.

“It’s been an honour to document such a magnificent piece of our Great Barrier Reef. Having a publication with Charlie Veron, the godfather of coral, is a once in a lifetime opportunity that I will never forget.

“Spending time monitoring, exploring and sharing knowledge about the reefs of Goolboodi island with the Reef Ecologic team was an invaluable experience that excites me for a future in the marine science world,” said Dr Smith.

The authors recommend monitoring the rare and unusually resilient large coral and said that with increasing threats from the negative impacts of climate change, declining water quality, overfishing and coastal development, restorative activities may be required to assist the recovery of the Great Barrier Reef, including the protection of corals like Muga dhambi.

Dr Smith said he is proud of the scientific discovery of this coral and the collaboration with traditional owners.

“I recognise that the biggest threat to the Great Barrier Reef is climate change and I am pleased to report that the greenhouse gas emissions of this research were measured and offset as part of our carbon positive policy. Great science is about knowledge and sustainability of the planet.”

‘Field measurements of a massive Porites coral at Goolboodi (Orpheus Island), Great Barrier Reef’, is a scientific paper that is freely available online at: http://nature.com/articles/s41598-021-94818-w.

Images available here. Please credit Richard Woodgett. Images are for use with media associated with this specific release only. They are not available for re-use, re-sale or archiving. 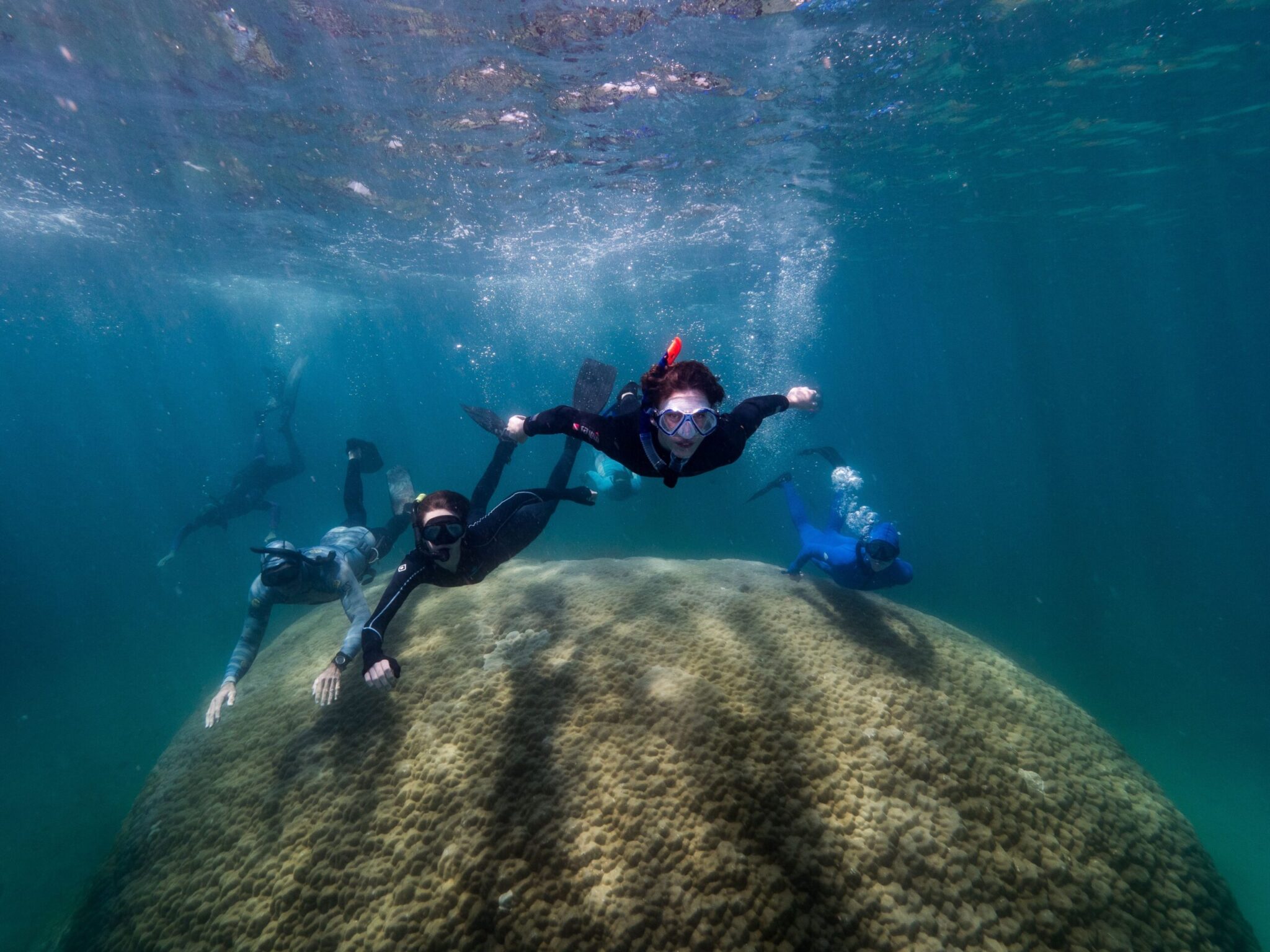