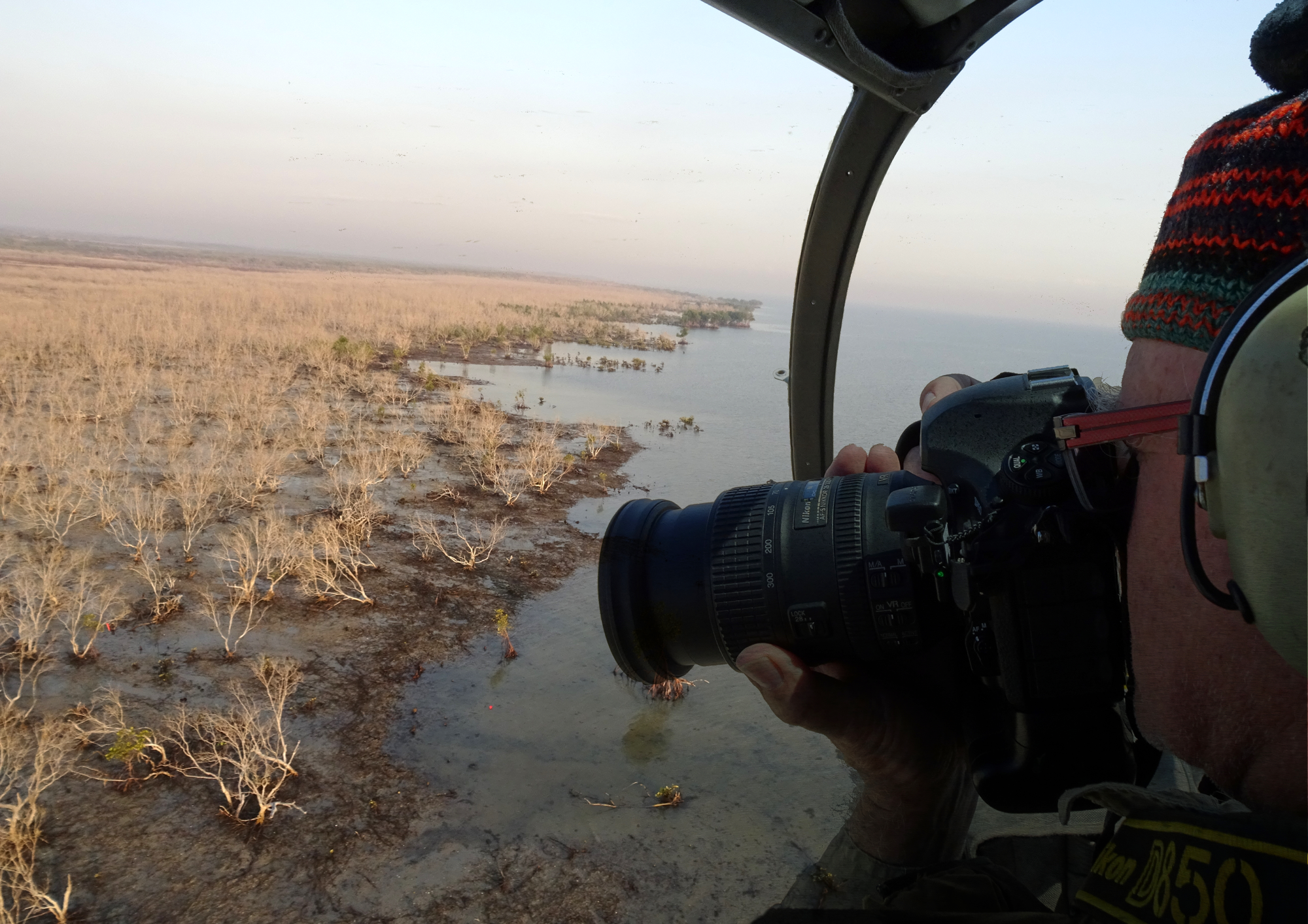 Breakthrough research by James Cook University scientists has solved the mystery of the catastrophic death of 40 million mangrove trees around the Gulf of Carpentaria in 2016 – and the discovery could help scientists predict, and possibly prevent, future events.

The latest research reveals that the devastating mass death of tidal mangrove forests was a result of an unusually low sea-level due to large-scale swings in El Nino – Southern Oscillation events.

“The key factor responsible for the mass dieback appears to have been the sudden 40-centimetre drop in sea level that lasted for about six months, coinciding with no rainfall, killing vast areas of mangroves,” he said.

“Essentially, the trees died of thirst.”

The study shows that strong El Niño events – often associated with coral bleaching on the Great Barrier Reef – are also a threat to vital mangrove ecosystems.

Nearly 40 million mangrove trees died along 2000 kilometres of coastline in northern Australia’s remote Gulf region, releasing nearly one million tonnes of carbon. More than 76 km2 of mangroves were lost, making this the worst incidence of climate-related mass tree dieback that has ever occurred globally.

“Recovery has been repeatedly stymied by other climate-driven events including severe cyclones and flooding,” Dr Duke said.

Author assisting with data analysis and JCU TropWATER Researcher Dr Adam Canning said the study’s evidence for sea-level drop being the cause was found in the discovery of an earlier mass dieback in 1982, observed in satellite imagery.

“The 1982 dieback also coincided with an unusually extreme drop in sea level during another very severe El Niño event. We know from satellite data that the mangroves took at least 15 years to recover from that dieback,” he said.

“Now they are caught in a vicious collapse and recovery cycle because of repeated pressure from climate change – the question remains when or if they will recover.”

Enhancing the resilience of these ecosystems is possible with targeted action.

“We encourage community groups, Indigenous custodians and catchment management agencies to continue to monitor mangrove shorelines through a combination of satellite monitoring and the MangroveWatch citizen science program, to help identify and prioritise targeted local mangrove management and threat reduction.”

Satellite imagery could also be used to help monitor the recovery of mangroves in remote areas and identify key areas under pressure. It may even be possible to predict future events, which could help prepare for innovative rescue efforts that may include reducing water stress during El Niño events via targeted irrigation.

Dr Duke said mangroves are vital to the ecology and stability of tropical and sub-tropical coastlines and their protection is critical.

“They provide essential habitat for many species and can hold substantially more carbon than tropical forests within the same area,” he said.

“These extraordinary trees are normally environmentally resilient, being able to grow in seawater, intertidal zones and on coastal salt flats. They are also essential for preventing or reducing shoreline erosion and retreat.”

The dieback’s exact cause has been revealed after a four-year research partnership between James Cook University, Charles Darwin University, and Carpentaria Land Council Aboriginal Corporation Indigenous Rangers in the Gulf, funded by the Australian Government’s National Environmental Science Program and the Northern Territory Government.