Native freshwater turtles have been caught in the battle to keep feral pigs out of coastal wetlands, with many adult turtles becoming fatally trapped by fences.

But now, scientists and Traditional Owners on Cape York Peninsula have found it’s possible to keep the destructive pests out and give turtles safe passage to move between water bodies during critical lifecycle periods.

It’s called a ‘turtle gate’ and any freshwater floodplain fence can be modified to include it by removing a small section of wire, with little more than a pair of pliers.

The research, led by James Cook University’s Centre for Tropical Water and Aquatic Ecosystem Research (TropWATER), shows the modifications can be made to the most common exclusion fences used in Australia. 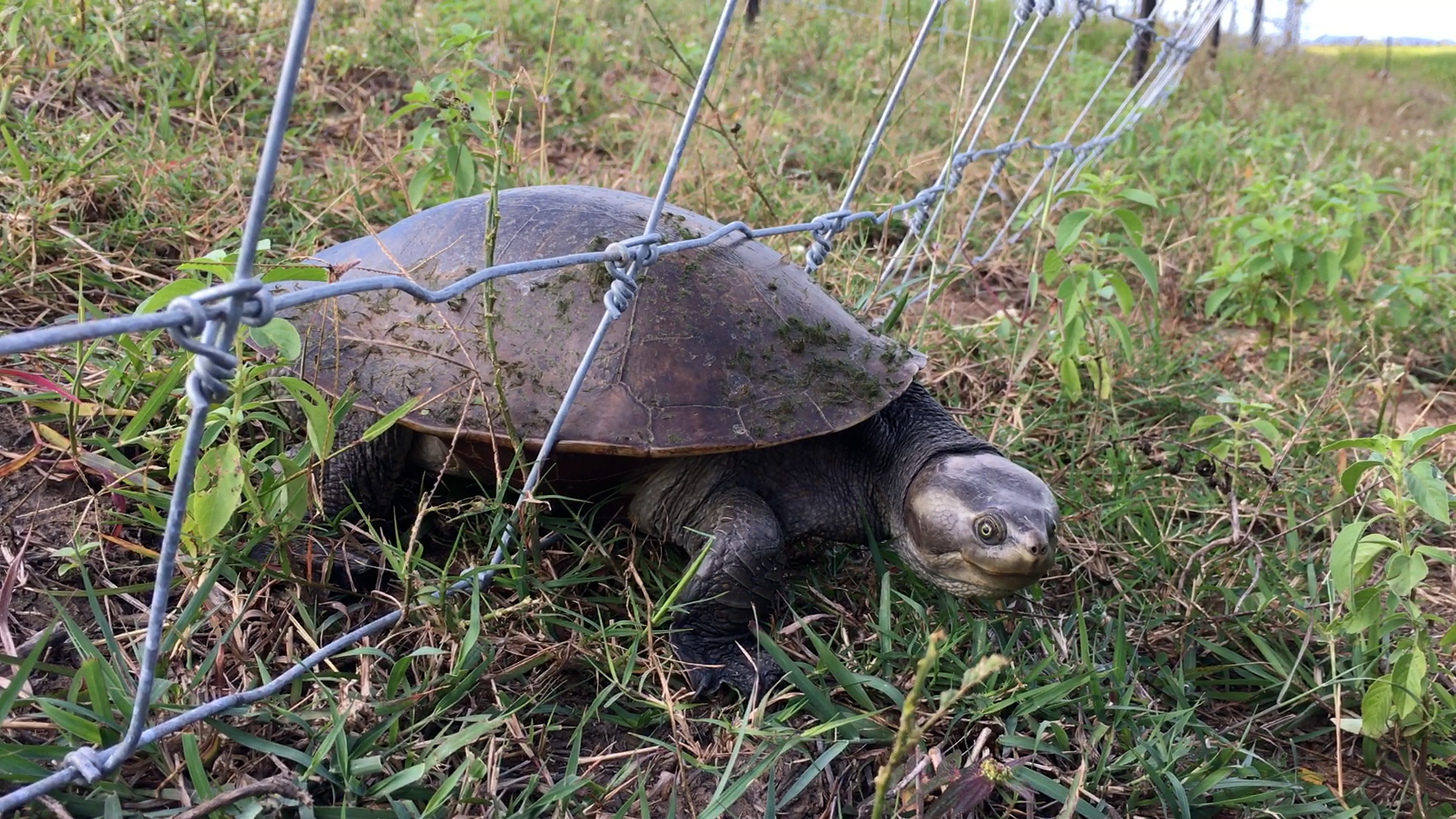 TropWATER Principal Researcher Dr Nathan Waltham said many inland wetlands tend to dry out entirely in the dry season, resulting in the migration of freshwater species.

“These freshwater turtles need to make the very slow journey across land, from one wetland to another waterhole,” he said.

“In cases where fences have been built around wetlands to protect them from feral animals, we found many turtles simply became stuck either inside or outside of the wetlands.

“Without being able to move to another river or creek, turtles would often not survive either because of dehydration or from starvation.”

The research showed any freshwater turtle with a shell width greater than the diagonal wire gap would likely become trapped, limiting their ability to access nesting sites, other waterholes, mates and food.

“These turtle gates are a fast and cost-effective solution, which could be included by landholders or local rangers,” Dr Waltham said.

“Pigs can contaminate water sources and quickly destroy a wetland in just a few days, decimating crucial habitats for native plants and animals,” he said.

“Fences are a common management solution and our project partners on Cape York, Aak Puul Ngantam (APN) and Kalan Enterprises, have been using fences to protect wetlands for many years.

“We know that well maintained fences do a good job at keeping pigs out, but we need to take into account what these exclusion fences could be doing to native species.

“These small modifications could save many turtles already caught in challenging floodplain environments.”