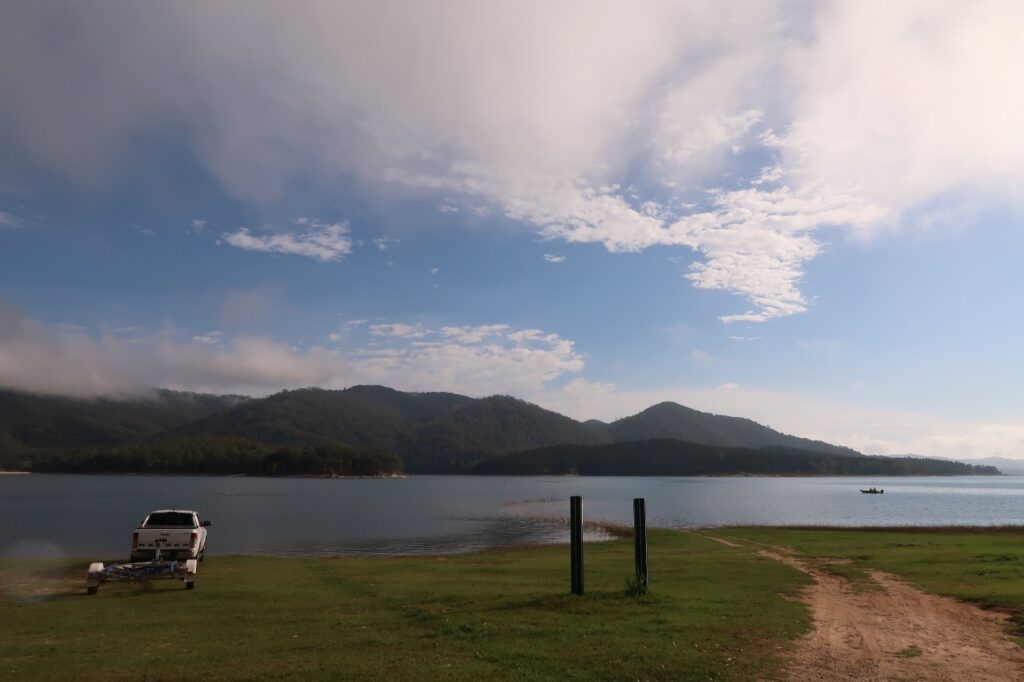 The recent 2021 Barra Bash at Lake Tinaroo was about angler participation and the elusive big barramundi, but emerging citizen scientists also investigated an unwanted species that has become established in the reservoir. The annual fishing tournament is a premier event on the north Queensland angling calendar and is run superbly by the Tableland Fish Stocking Society.
This year junior anglers rallied behind the call to collect forktail catfish. Across the tournament 448 catfish were landed. One hundred of these specimens will be used for scientific purposes with a subsample already dissected by young anglers with the assistance of TropWATER fish ecologist, Dr Ebner (Ebb).
Junior anglers that took the opportunity to perform a dissection or preferred to watch, got the opportunity to check out a bit more of what is underneath the bonnet of Neoarius graffeii aka forktail catfish. This included measuring several bits and pieces including length, mouth size and gut length. Then it was down to business assessing stomach and intestine contents looking at bugs, redclaw and fish remains among other things. Ear bones were also extracted from the fish for later use in determining their age. In a couple of cases, the fish had well developed ovaries and the large eggs of the catfish were also measured. This led to wonderful conversations about the biology of this catfish species and native catfishes more generally.

There were several vibrant exchanges of knowledge among the Tableland Fish Stocking Society members, the junior anglers, mums, dads, and a chatty scientist. Tournament organisers had a wealth of information on the history of the fishery, and the biology of the fishes, and the focus on catfish is now part of community dialogue regarding the established benefits of legal stockings of important target species such as the mighty barramundi, but also the risks and disbenefits of illegal and accidental stockings thanks to the unwanted forktail catfish.
Ebb noted that the project is being run by the Tablelands Regional Council and the initiative was developed with the help of Barron Catchment Care, the Tableland Fish Stocking Society, and a visiting scientist from the Australian National University. The next step is to investigate samples and work with the angling community to create awareness about pest fish issues in the region. Specifically, the goal is to expand knowledge of pest fishes beyond the well-known cases of tilapia invasion in the Wet Tropics. The work is proudly supported by the Queensland Government—Queensland Citizen Science Grants. Anglers are reminded they are legally allowed to be in possession of 20 forktail catfish.