Field studies involving scientists from TropWATER, CSIRO Land & Water and a prominent ichthyologist Professor Philippe Keith from the Muséum national d’Histoire naturelle in Paris, show that waterfalls are key feature structuring fish and crustacean communities in particular streams. The role of the jungle perch has emerged from this investigation as a key predator in some of the steeper rainforest streams in the Cairns region. Notably the large adult jungle perch can swim upstream of small waterfalls and challenging cascades, where they are major predators in the food web.

Large waterfalls greater than 5 metres in height are a different matter. These barriers prevent jungle perch migration. Consequently, freshwater shrimps, and prawns flourish above such major roadblocks. The study also found that the diversity of predators representing multiple species and families is highest downstream of the first major waterfall, and that specialist small-bodied fishes exist upstream of these important landscape features. One of the upstream inhabitants, a cling goby species, had not previously been recorded in Australia. 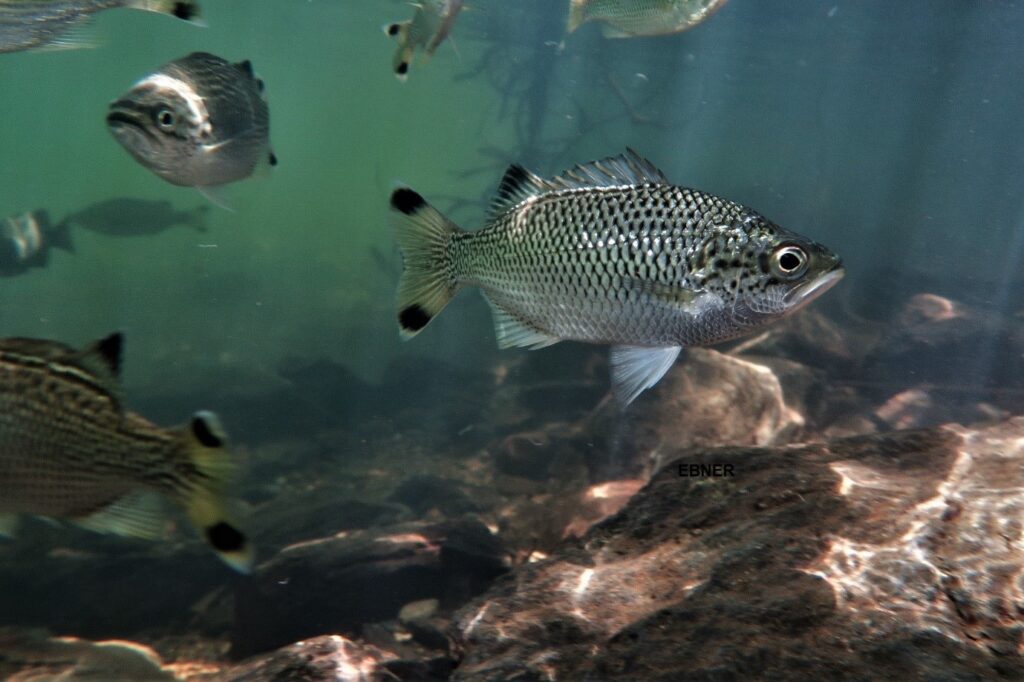 Lead author, Dr Ebner, acknowledged the permissions of Eastern Kuku Yalanji People including Jabalbina and their Rangers, the Mandingalbay Yidinji People and the Djunbunji Rangers, and Yirrganydji Gurabana People and the Dawul Wuru Aboriginal Corporation. He also recognized a fellowship from JCU and CSIRO that had given him opportunity to develop strong working relationships with colleagues from both organisations, work-up data and write up.